The leading insolvency trade body, R3, has published a manifesto for the 2015 General Election, in an attempt to put insolvency reform high on the agenda for a future government. R3 has warned that companies are encountering less favourable conditions, whilst personal insolvencies are already increasing, even before any rise in interest rates.

Entitled ‘Insolvency 2020’, the document sets out R3’s vision of how insolvency law should be amended by the end of the decade. The manifesto is made up of a four point plan to reform the insolvency regime in the UK to ensure a better deal for small businesses, taxpayers and over-indebted individuals.

R3 has been actively promoting the insolvency profession within government for decades and this insolvency manifesto aims to put insolvency on the political agenda in the next parliament, whichever party (or parties) are elected to govern. 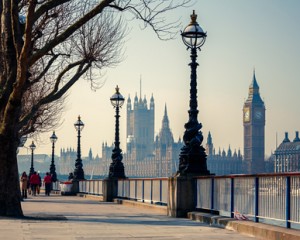 The four point plan consists of:

1. Permanently exempting insolvency litigation from the 2012 Legal Aid, Sentencing and Punishment of Offencers Act (LASPO). R3 claims that £160m is returned to creditors by legal action against directors of insolvent companies. Under LASPO, the way this litigation is funded is due to change in April 2015, putting at risk these valuable returns to creditors.

2. Changing the ‘Football Creditor’ rule so creditors that are not football-related businesses will see a minimum amount of money returned to them.

4. Wholesale reform of the insolvency regime for individuals. R3 says that a comprehensive review of personal insolvency is required as the last full review was undertaken over 30 years ago.

It is interesting that R3 has chosen to highlight insolvency reform as a political topic in the run up to the General Election next year. It is easy to argue that a review of personal insolvency law is be overdue – the current set of procedures were drafted as a result of a report published in 1982. The World Bank has ranked the UK’s insolvency regime as being the 7th best in the world, ahead of those in France, Germany and the US, however few would argue that there is no room for improvement.

But I would go further and suggest that an all-encompassing review of insolvency law is required, dealing both with personal and corporate insolvency procedures. Without that kind of joined-up approach to insolvency law (as was taken in the 1982 report) there is a danger of two separate regimes emerging that serve only to complicate and confuse the underlying principles of insolvency law and practice.

Anything less than a full review is in danger of being nothing more than ‘tinkering round the edges’ and the four points outlined above do nothing to address certain key issues in the current debate, including the use of ‘pre pack’ administrations and a strengthening of the company voluntary arrangement (CVA) procedure to provide better opportunities to turn around struggling companies.

And if you want my prediction for the next five years: don’t hold your breath for widespread reform of insolvency law. The next Government, whatever the colour, is likely to be faced with some big national and international problems that will put insolvency law reform into the shade for many years to come. An update of the current Insolvency Rules has been on the stocks for years and it seems unlikely that the next Government will have the time or the inclination to grasp this particularly thorny branch.