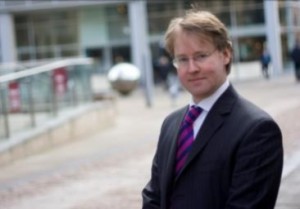 The latest official statistics show that the number of companies going into liquidation between July and September dropped by 11.7 per cent in comparison with the same period last year, while quarterly statistics also show a decrease of 3.2 per cent.

Personal insolvency cases have also seen a 4.6 per cent decrease on the same period last year, though the number of people entering into Debt Relief Orders (DROs) rose by 2.7 per cent in the last quarter.

It is encouraging that fewer companies are going bust and fewer individuals are having to resort to formal insolvency procedures to deal with their debts. This reflects the increased optimism in relation to the economy which I have seen across the region in recent months.

This suggests that business owners are becoming more confident about the future and are willing to seek ways to turn companies around, rather than simply closing down.

It was not so long ago that business owners faced a stark choice – either carry on or go into liquidation. But reforms to the insolvency legislation means that there are more opportunities to save businesses and it is good to see that these alternatives are becoming more popular.

The statistics show a broad picture but every failed business represents a waste of hard work, time and money and can cause heartache for everyone connected with the company. So I would remind business owners that if you are struggling with debt, to seek help as soon as possible to explore your options, as the situation may not be as bleak as it seems.