Setting up a business in the summer of 2009, just as the recession was about to bite hard, might have seemed an almost reckless concept. 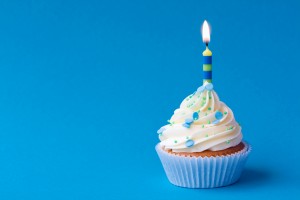 But business advisor Paul Moorhead recognised that a tough market would almost certainly need a man with his specialist skills to help keep struggling businesses afloat and steer them through stormy financial waters.

And six years later, his determination to succeed has been rewarded for Moorhead Savage, the business that started as a one-man operation, now employs a team of six and is continuing to both flourish and expand.

Based at the Moorgate Crofts Business Centre in Rotherham, Paul will admit that it has not always been a comfortable journey.

“Just about any business you can think of would admit that the past six years have not been the easiest and yet this was the climate in which I decided to go it alone,“ says Paul, a winner in the 2013 Insolvency and Rescue Awards and a PhD-qualified business advisor.

“We have seen a wide range of businesses come to us and we have been able to help them through many different situations.

“And although it is true that the economy is now improving, overall we are actually getting busier all the time, with the reasons people need help changing to reflect the changing economic climate.

“Six years ago the common theme was people saying their customer base had literally dried up and business owners were faced with massive uncertainty as contracts were cancelled, customers walked away and they didn’t know where the next piece of work would come from.

“Now people say they are getting busier – but being busy brings its own problems.

“Getting that big contract is brilliant but struggling with working capital and cash flow can create its own set of problems. While banks are being a little more supportive there is still a gap between the funding people need to grow and the amounts the banks are willing to loan.“

Moorhead Savage has over the past six years helped many companies cope with difficult times and it has supported businesse in a wide range of different sectors on the difficult passage through to renewed success, with the team’s experience in business turnaround proving invaluable.

“The nice thing about my job is that most people are not aware of what can be done to deal with financial problems when they come along,“ says Paul.

“Anyone can find themselves in difficulties and the good news is that things are never as bad as they first seem.“

One of the firm’s biggest successes was achieved when a manufacturing business approached Paul for help with mounting tax debts.

“The management had identified that they had a big cash flow problem and they were considering putting the company into administration, which would almost certainly mean the end of the company, with all the heart ache and misery that that can entail,“ he explains.

“But after a thorough review of the situation, we found a way to re-float the business and to repay all the creditors in full, without any job losses and the management team remained in full control. The key ingredient to that success story was that the company’s directors took action as soon as they realised they had a problem, meaning that there were more options available.“

The key to his own company’s success, he believes, lies in careful planning.

“We have laid down really firm foundations for the future and we are really excited about the opportunities for the company to grow,“ says Paul. “We are a people business, we have the skills to solve a wide range of business challenges. Having our own business has simply made us only more aware of our customers’ fears.

“Being a business owner entails wearing so many different hats, having not only to plan and run the business but also working in that business, delivering your services, marketing your skills and dealing with the million issues that arise every day.

“But we are a small business ourselves and fully understand the issues our customers are facing on a day to day basis.“

For more information on the full range of support available from Moorhead Savage call us today.